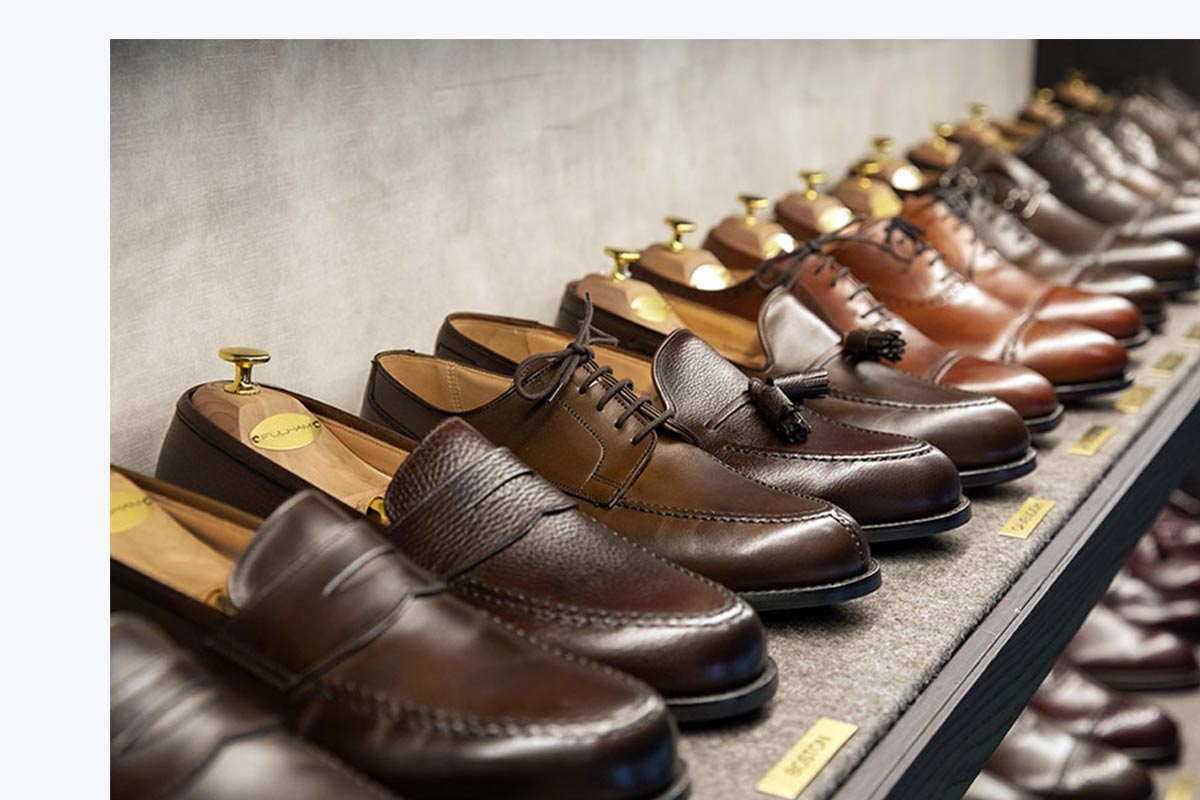 Find our 3 different Crockett and Jones collections (Hand Grade, Main and an exclusive collection designed just for Fulham) in our Fulham stores. Keep reading to discover all the styles we have.

With American roots and connections to the original moccasin, Loafers have grown from strength to strength over recent years. Another ‘no lacing’ option, Loafers are the most casual style available from a Goodyear-welted shoemaker such as Crockett & Jones. They are commonly produced in both ‘Lined’ and ‘Unlined’ forms.

- Constructed as either one whole piece of leather or two sections including galosh and apron. Both constructions have a strap 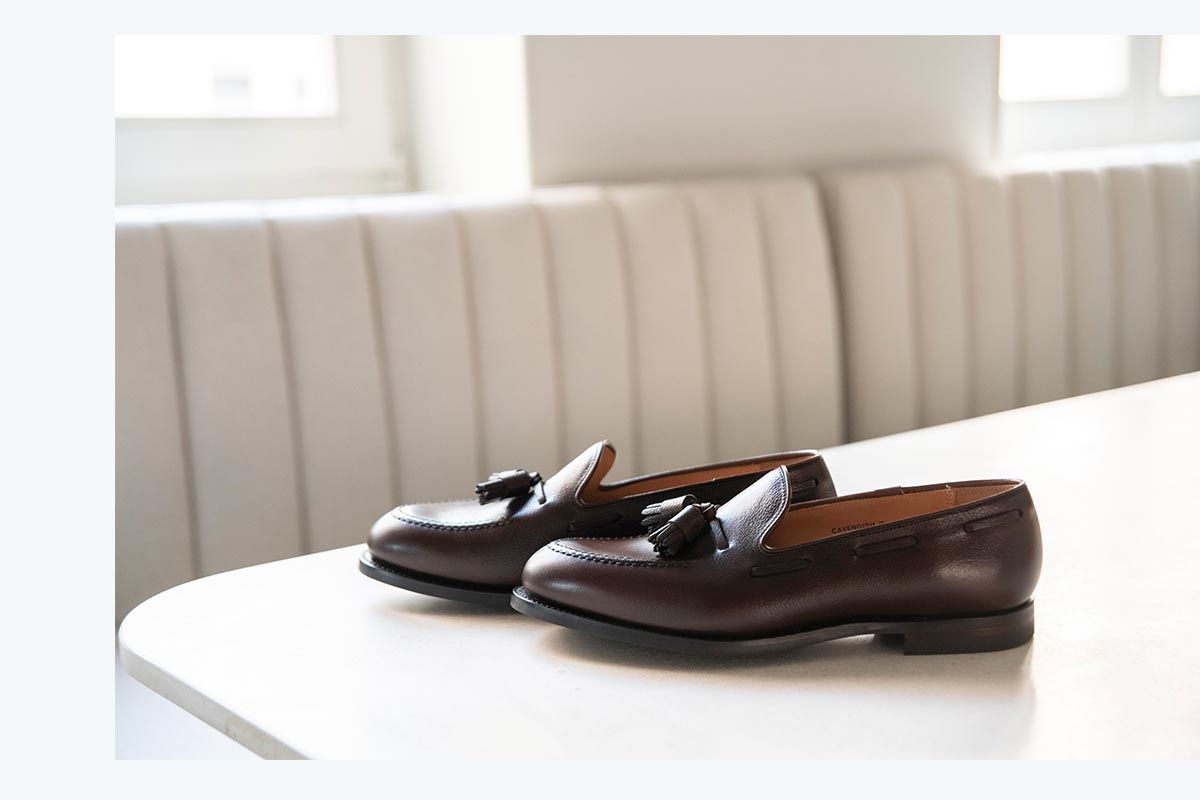 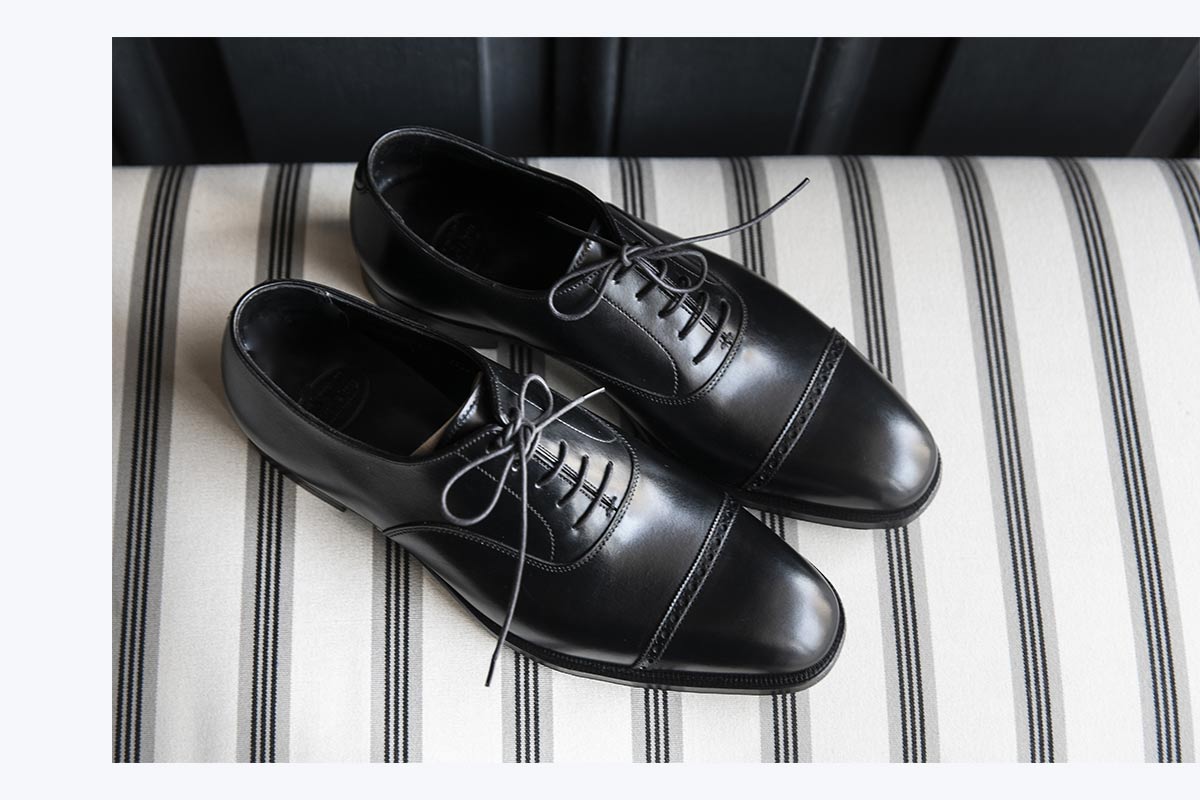 The most easily recognisable of all classic styles, is the elegant English Oxford. A formal style that dates back over two hundred years, it is thought to have been named by the students at Oxford University, although it is almost certain that the style predates this ‘naming’ further still. The sequence of operations for constructing an Oxford differs to a Derby.

- Inside and outside Quarters are stitched underneath the Vamp

- The tongue is stitched in separately underneath the Quarters/Vamp/Facing

Said to have been developed by an alpine monk in the 15th century, and worn throughout European monasteries, this style was popularised in the 1920s. Unbeknown to many, a Monk strap style hosts similar fitting qualities and construction to a Derby. You could think of a Monk style as a ‘modern day’ Derby, of sorts. With open quarters, and a whole cut vamp and tongue, Monk straps (single and double buckle) are remarkably comfortable on the foot. However, they will not offer the same level of adjustment, due to the absence of laces. The sequence of operations for constructing a Monk is similar to a Derby.

- Suited to higher insteps, but can lack adjustment 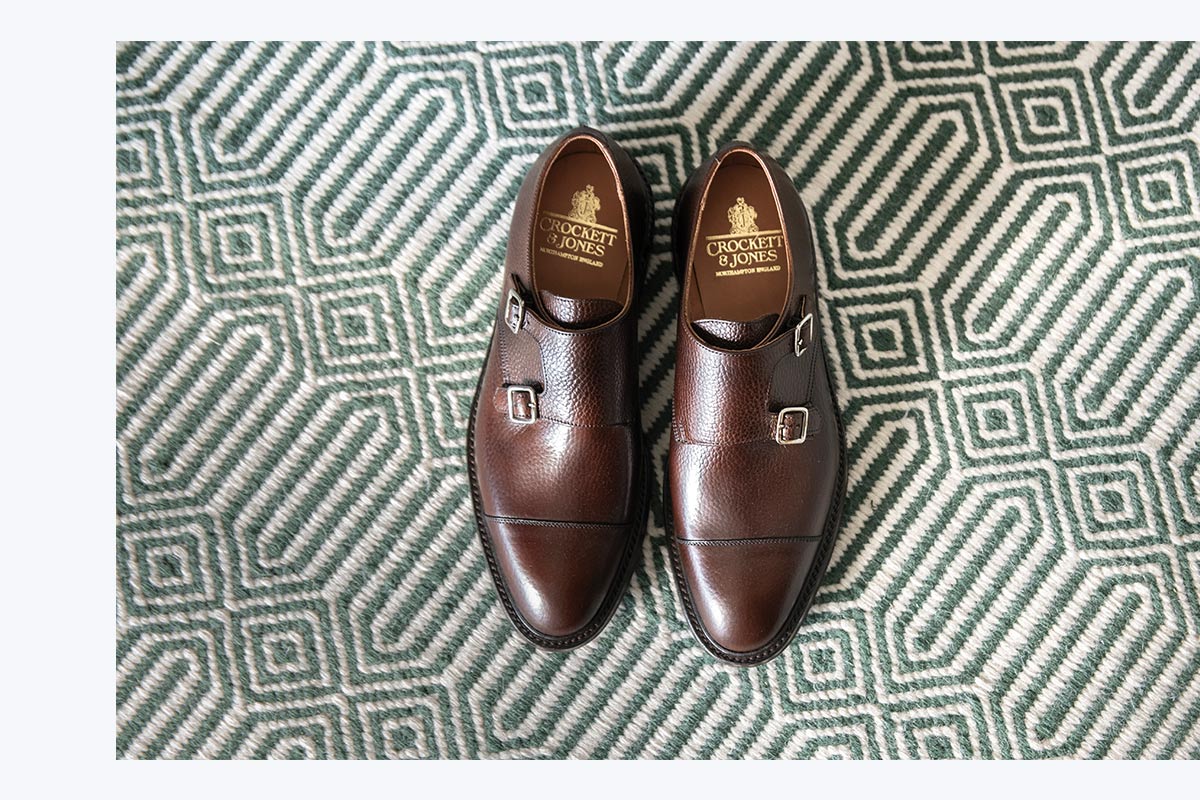 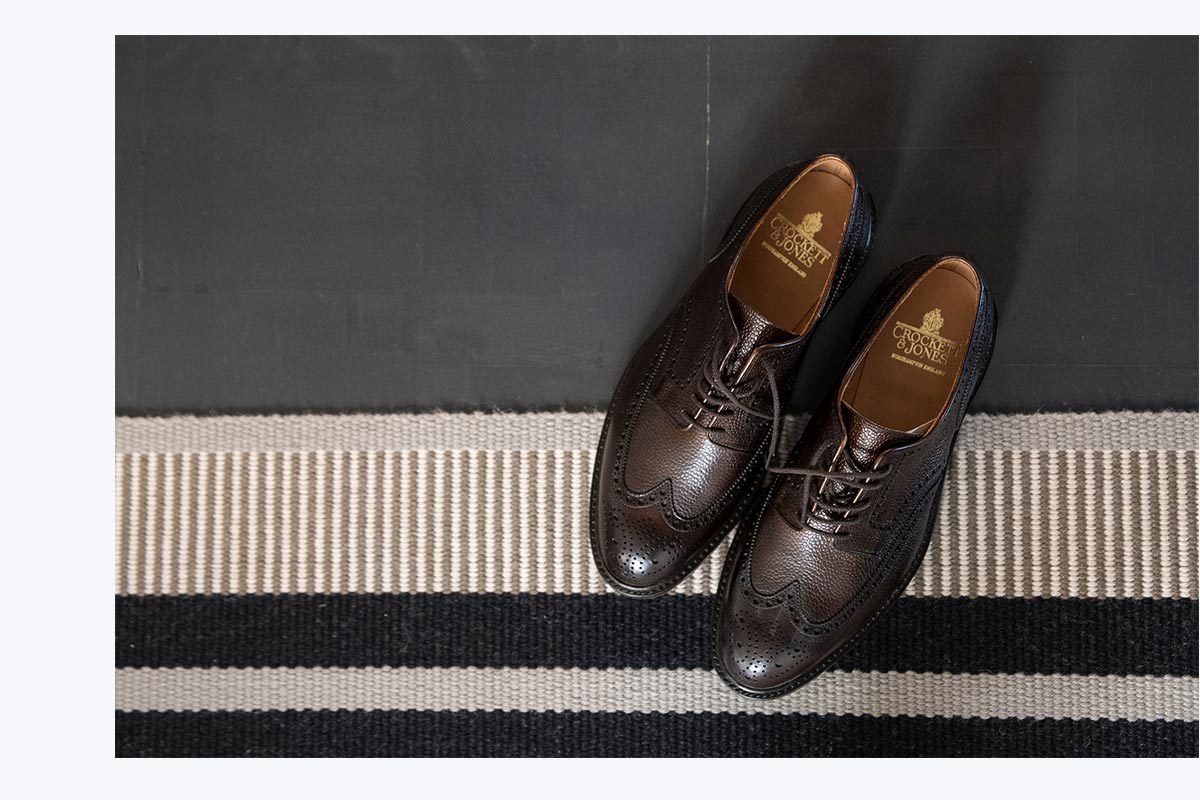 Derby shoes are possibly the most versatile of all shoe styles, bridging the gap between smart and smart casual wear with ease. A Brogue Derby is easily the most recognisable variation, made popular with the introduction of the full country Brogue which was developed for practical uses in the fields. The sequence of operations for constructing a Derby, differs to an Oxford.

- Often referred to as ‘Open Lacing’

In contrast, a Derby boot is a fully lined, high leg and all together, more substantial boot with variations similar to a Derby shoe. 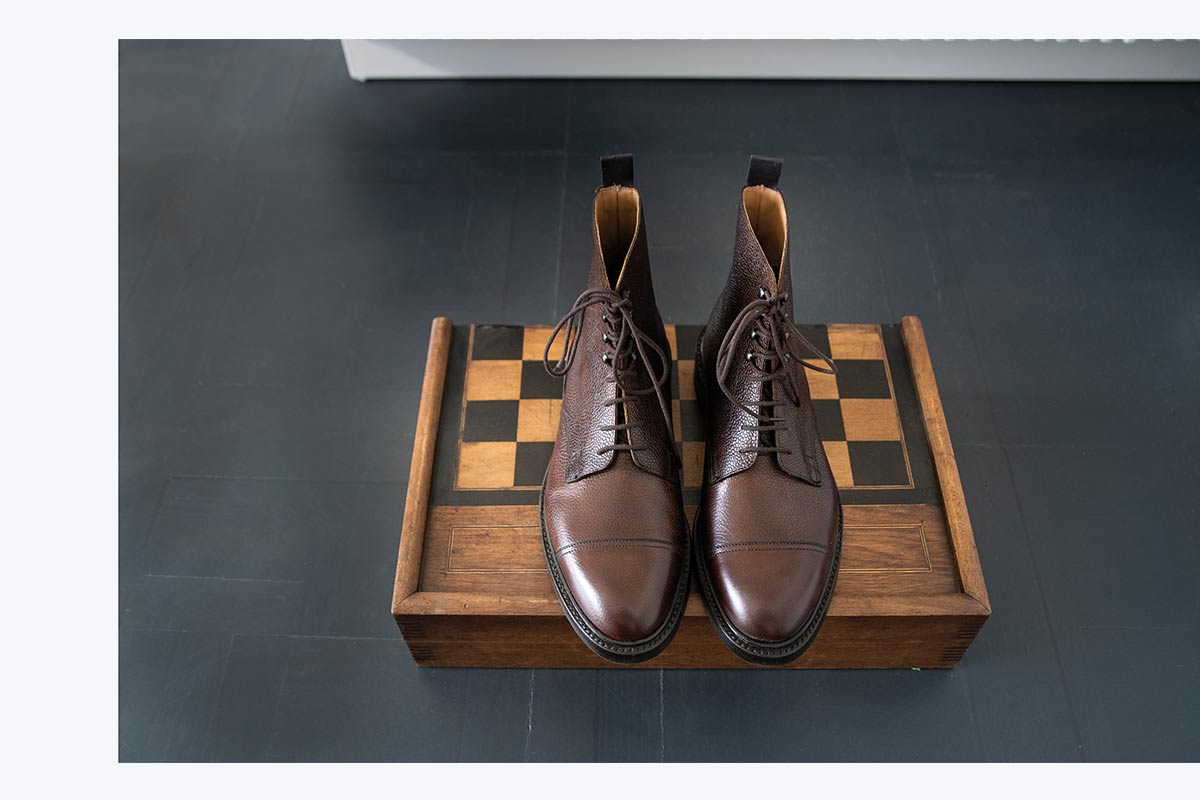 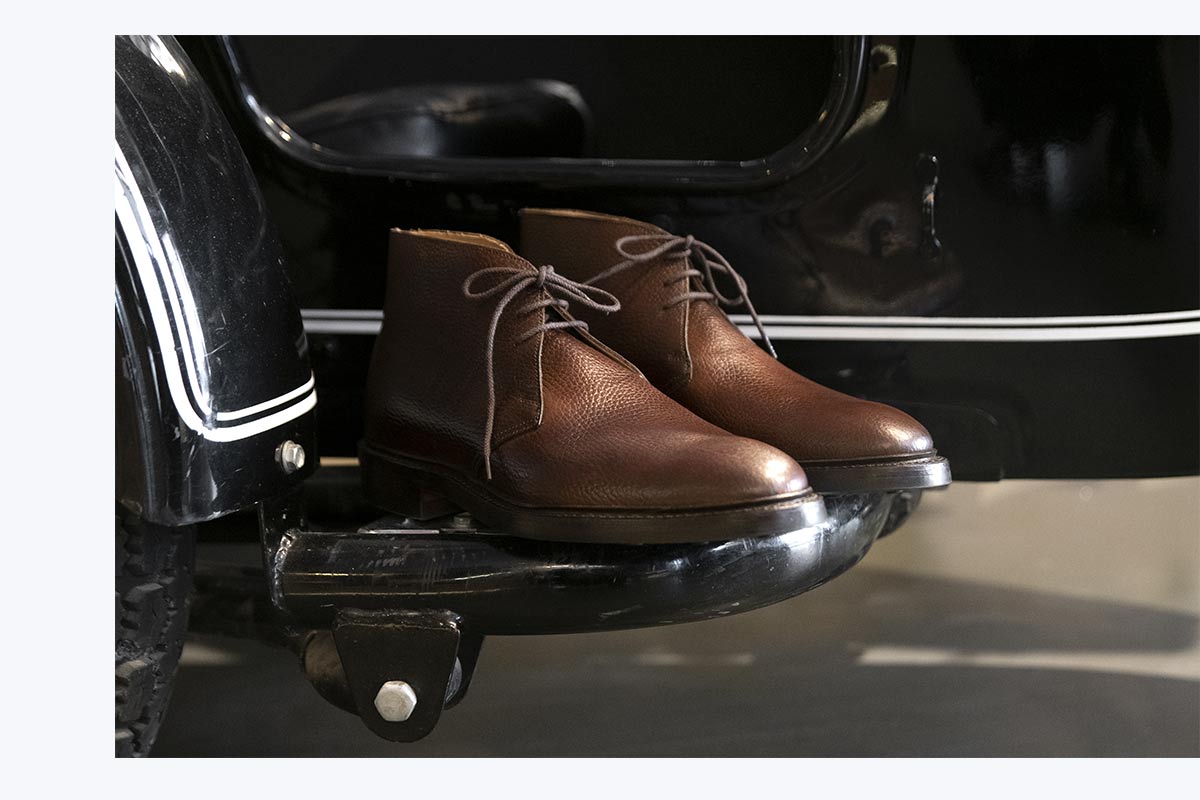 It is believed that a Chukka boot has both a sporting and a military heritage. A Chukka boot (or Desert boot) is constructed using three pieces of outer material – Inside Quarter, Outside Quarter and Vamp with low cut leg (but above the ankle) and two to three eyelets.

An illustrious past has portrayed the Chelsea boot in various lights along the way. The origin of the name is a matter of debate, but these elastic sided boots date back to the mid-1800s. With strong last development, Crockett & Jones is able to produce a selection of Chelsea boots ranging from smart and elegant to casual country styling. Expert pattern cutting, and shoemaking of the highest order, means Crockett & Jones makes some of the finest Chelsea boots on offer today.

- Blocking, a trade term, ensures the leather rests on the last perfectly and forms to the customer's foot

- Elasticated sides for comfort and ease 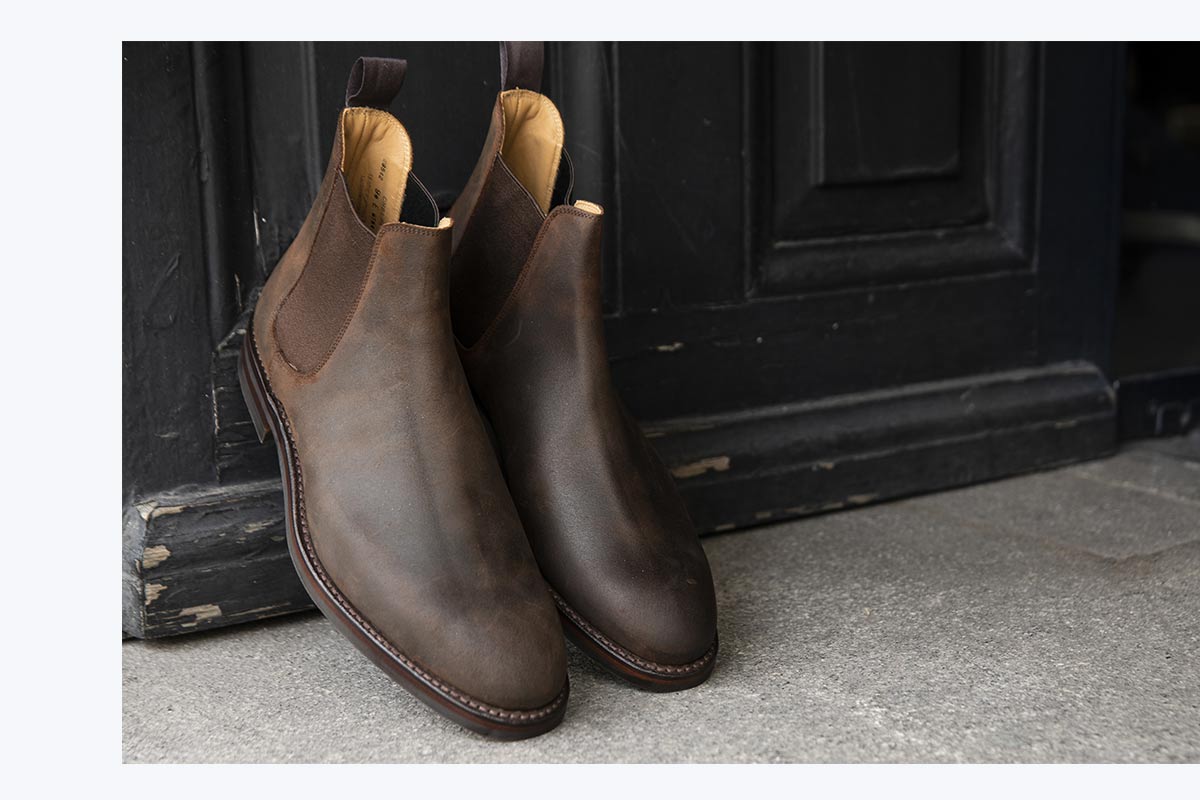 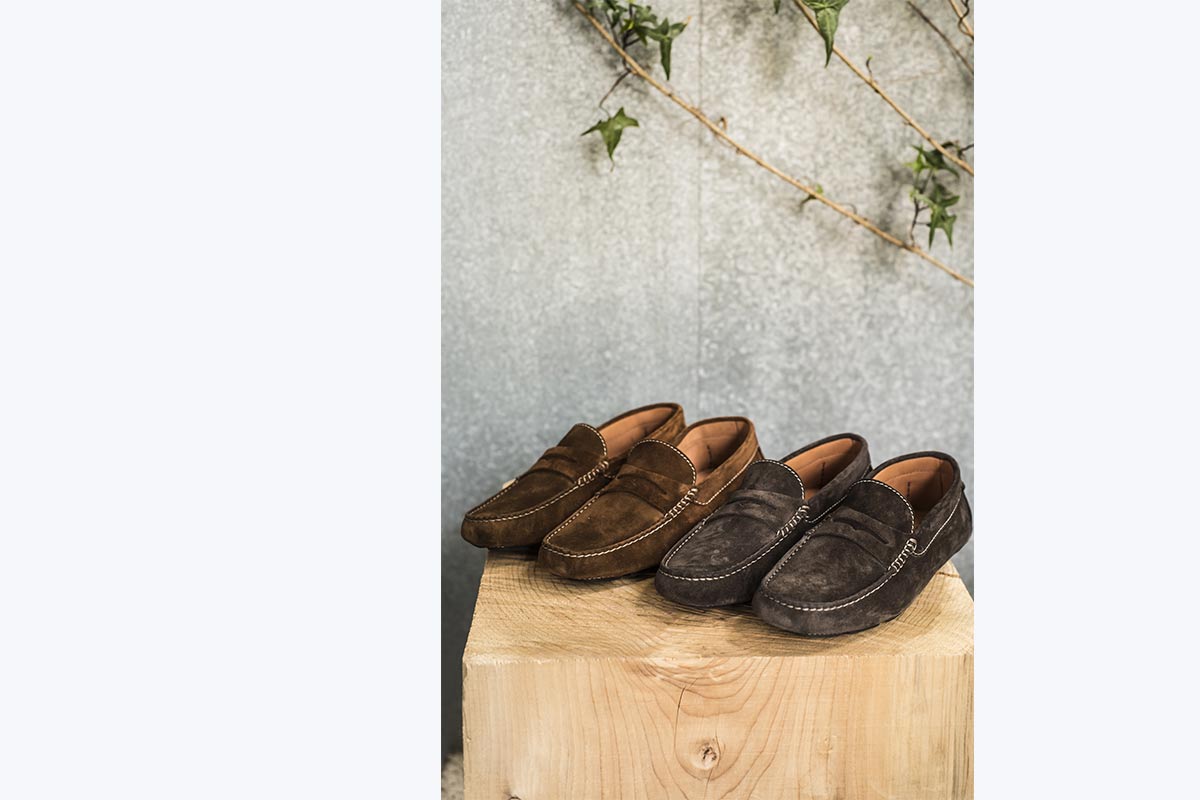 These soft, unstructured and ultra-comfortable loafers / moccasins were made famous by the Italians in the 1960s. If made with care and by an experienced hand, a car shoe or driving shoe will last you well. They are typically adorned during the warm summer months, and are often available in bright colours and soft suedes.

- Available in a variety of colours, perfect for the summer months.